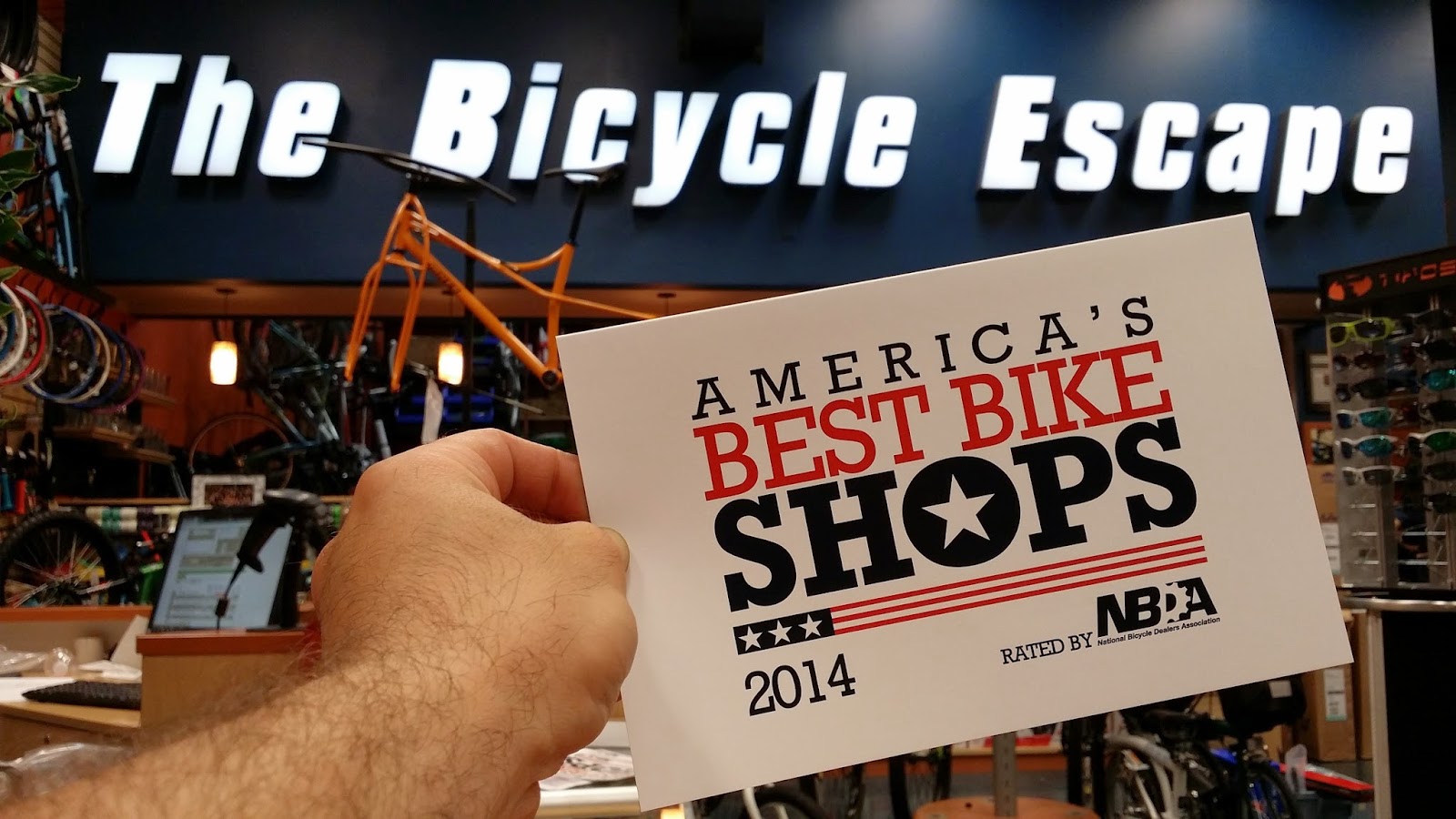 For the second year in a row The Bicycle Escape is the proud recipient of the National Bicycle Dealer Association's America's Best Bike Shops' award. I guess the secret shoppers, emailers, phone callers, etc. liked us- and we hope you do too! The year continues to be incredibly busy and exciting but it's so worth the fun. A heartfelt thank you to our customer's and staff. We love what we do!

Posted by Unknown at 5:32 PM No comments:

We will be set up near the Tea Room off Gambrill Park Road in Pavilion #2. There will be lots of mountain bikes there begging to get dirty. We will bring a few snack and feel free to BYOB as we purchased a permit.

Here are some of the bikes we expect: 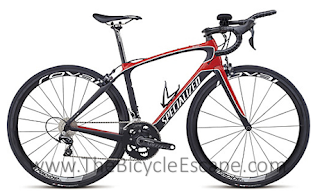 The much anticipated Specialized Alias is soon to be unveiled, ladies! We don't have much info at this time, but we were able to get our hands on a sneak peek photo! The full product launch is fast approaching. If you want to be the first to learn about the new product check out this link: http://specialized.liveconnectevent.com/69972 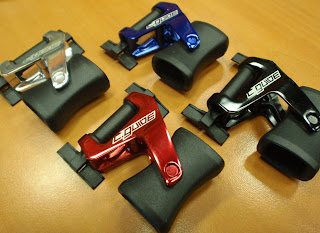 This chain guide utilizes very simple and smart design. We just got them is stock is several color. Stop by and check them out.

Posted by Unknown at 1:23 PM No comments: 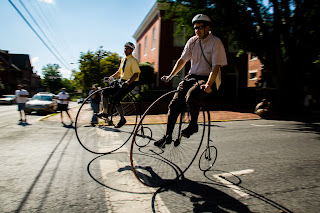 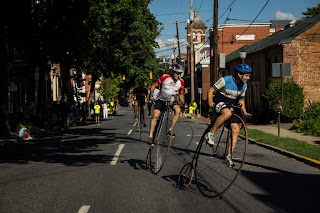 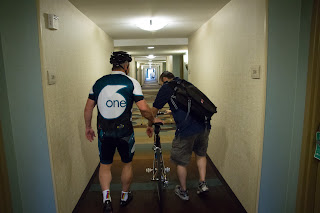 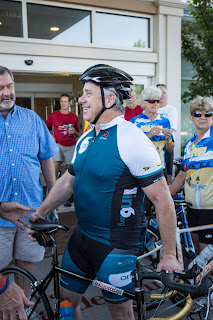 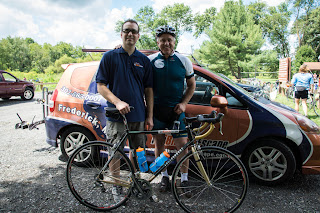 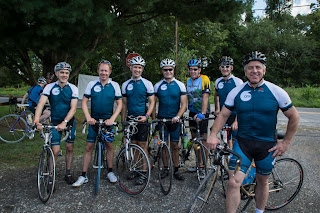 "Hey Tom can you get Greg LeMond set up on a bicycle tomorrow....?"

This question was posed at the end of an extremely busy week.

This past weekend was huge (and extremely busy) for cycling! The Tour de Frederick kicked off the weekend with a 3 day charity bike ride benefiting the Frederick Boys & Girls Club and 1 in 6. About 200 riders participated this year including cycling legend Greg LeMond. In the morning I grabbed my road bike, made some fit adjustments, and sent Mr. LeMond him on his way. What a surreal experience. I found the 3 time Tour de France winner to be surprisingly good humored and friendly.

That evening huge crowds cheered on as High Wheel bicycles raced through downtown Frederick in the Clustered Spires High Wheel Race. After the race I got the chance to speak with one of the most experienced contestants. While he has competed in high wheel races across the world, he told me that Frederick drew a bigger crowed than any race he had participated in!

The otherwise perfect day was tainted however with an accident that sent racer Alison Torpey to the hospital. Sadly accidents occasionally happen in any sport and we wish Alison a speedy recovery.

Pixels by Jeff- thanks Jeff 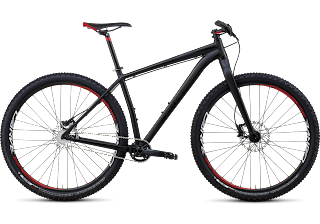 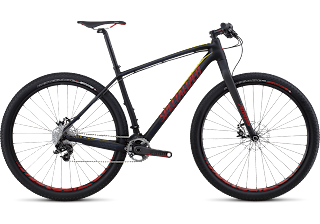 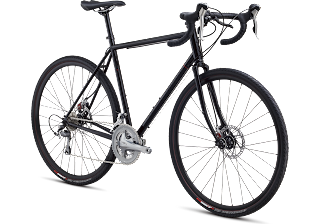 The 2013 Specialized bicycle info has just been released. Some of the little surprises are the Tricross STEEL. The 2013 Tricoss Elite Disc Steel is a do it all kind of bike. You will be right at home on asphalt, gravel, and dirt. Other bikes I wish to note are the Carve single speed  and the FULLY RIGID Stumpjumper Expert Carbon EVO R 29er. I can't wait to see these bikes in person but alas we will have to wait a bit for these new goodies to hit the shop. 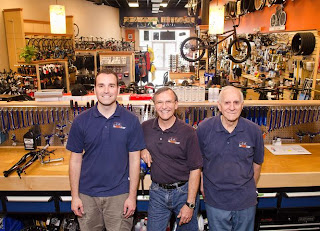 Originally printed in the Frederick News Post By Ike Wilson

The Bicycle Escape boasts three generations of bike repairmen.
And 3-year-old Geoffrey Rinker, who pretends to repair bikes when he's in the shop, seems to be well on his way to continuing the family tradition into generation four.
Roger Rinker had been fixing bikes all his life, so when his son graduated from college and was contemplating a career move, father and son talked about opening a bike shop. The Bicycle Escape was born in 2005 on Monocacy Boulevard in Frederick.
Tom Rinker, 32, Roger's son, said he was tinkering with bikes before he could drive a car.
"The attraction for me is just a passion for bikes," Tom said. "I romanticize the machines. I love the simplicity of them, the efficiency of them, the smile they bring to one's face."
His grandfather's 50 years as a machinist also came in handy over the years, Tom said.
"He made many custom tools for us, and anytime a complex problem came up, he was there with his expertise to help," Tom said.
Victor Rinker, 90, visits the business once a week.
Business was good at their former shop on Monocacy Boulevard, but their new location at Clemson Corner shopping center offers more visibility and foot traffic, Roger said.
The business has benefited from customers who treat them like family, Roger said.
"People bring us food and drinks. That's very nice," Roger said. "It's a good way to make a living."
That type of response from the public is the result of treating people right, Roger said.
"Some people come in, they don't know what they want," he said. "We talk, and after some time they return to buy a bike for their kid or send their friends here."
Individual attention is key, according to Tom. "Being a family business, we're trying to be polar opposite of a chain store, paying attention to customers' needs and offering advice based on personal knowledge and general care."
When they were preparing the original store for the business, people would come by and say, "We can't wait until you're open," Tom said. "It's pretty cool to be integrated into a community and help fuel the passion for bike riding."
Tom and Roger also helped establish the Frederick Bicycle Coalition, which advocates for bike paths, bike lanes and recreational cycling facilities.
"We're excited to say that all the bike store businesses are members, and you see a lot of good happening for bike riders in Frederick County because of that," Tom said.
No matter your age, it's fun to ride a bike, Tom said.
"You feel like a kid again. Exercise offers health benefits but not all of them are fun," Tom said.
Roger started a Bicycle 101 class and got an incredible response.
"It seemed to touch a need," he said.
In addition to being the founding chairman of the Bicycle Coalition, Roger is a member of the mayor's ad hoc committee on bicycling. Tom is the coalition's president. Victor Rinker said the country needs more youngsters who are interested in becoming engineers, or working with their hands.
"You got to be able to make stuff with your hand, build things people can use," he said.
The Bicycle Escape carries all kinds of bikes, Tom said -- from a model for 2-year-old riders to Tour de France quality.

Promote Your Page Too